In today's dev update we'll take a look into an improved edit mode coming in Sheep! v0.4A. Here are the changes that will be coming in the update:

Another thing improved in Sheep! v0.4A is the menu visuals. Transparency slider, grid block toggle and menu hide buttons were all removed from the visual menu part.  To change the transparency, the keys PAGE DOWN and PAGE UP can now be used. That also means you can change the transparency without needing to go into the edit mode. The menu hide button has also been moved to a key. Pressing T now toggles the menu. Here's how the new lite menu looks: 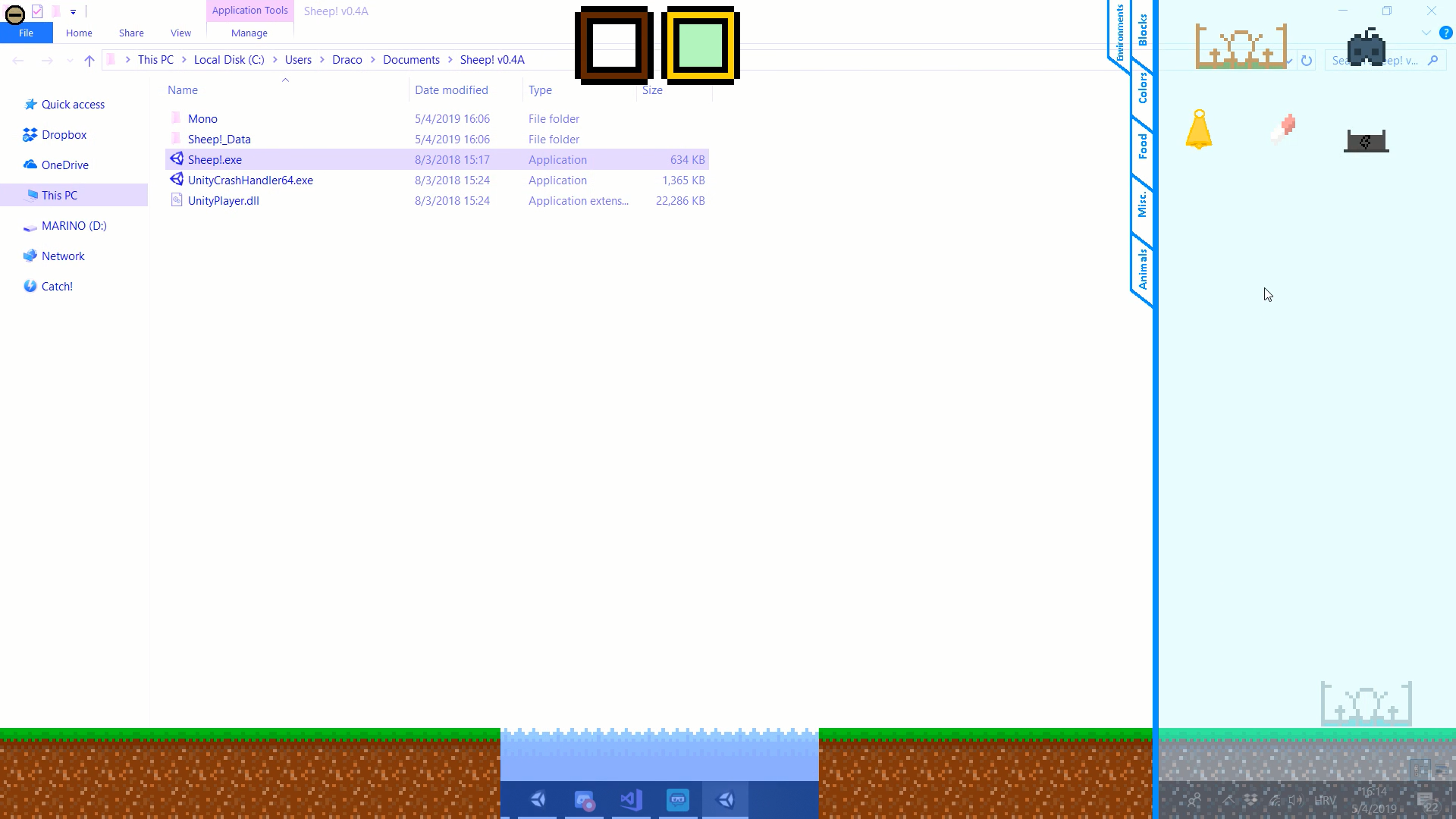 Some quality of life changes have also been made. Here are some:

Sheep! v0.4A will hit both itch.io and gamejolt's sites on 20th of May with some exciting new features! There will be more Dev Updates coming soon describing those changes so be sure to keep an eye out for them! For those of you who haven't had the chance to get the Sheep! while it was discounted, there will be yet another sale upon the game's update on 20th of May so you can claim your game then! Until then, sheep be with you!

Get Sheep! Alpha - My overlay pet

A game where you take care of your own pet sheep, but with a twist!